HLWD has funding for watershed landowners through
the Outdoor Heritage Fund to implement wetland
and prairie conservation on their land.
Learn More Read On 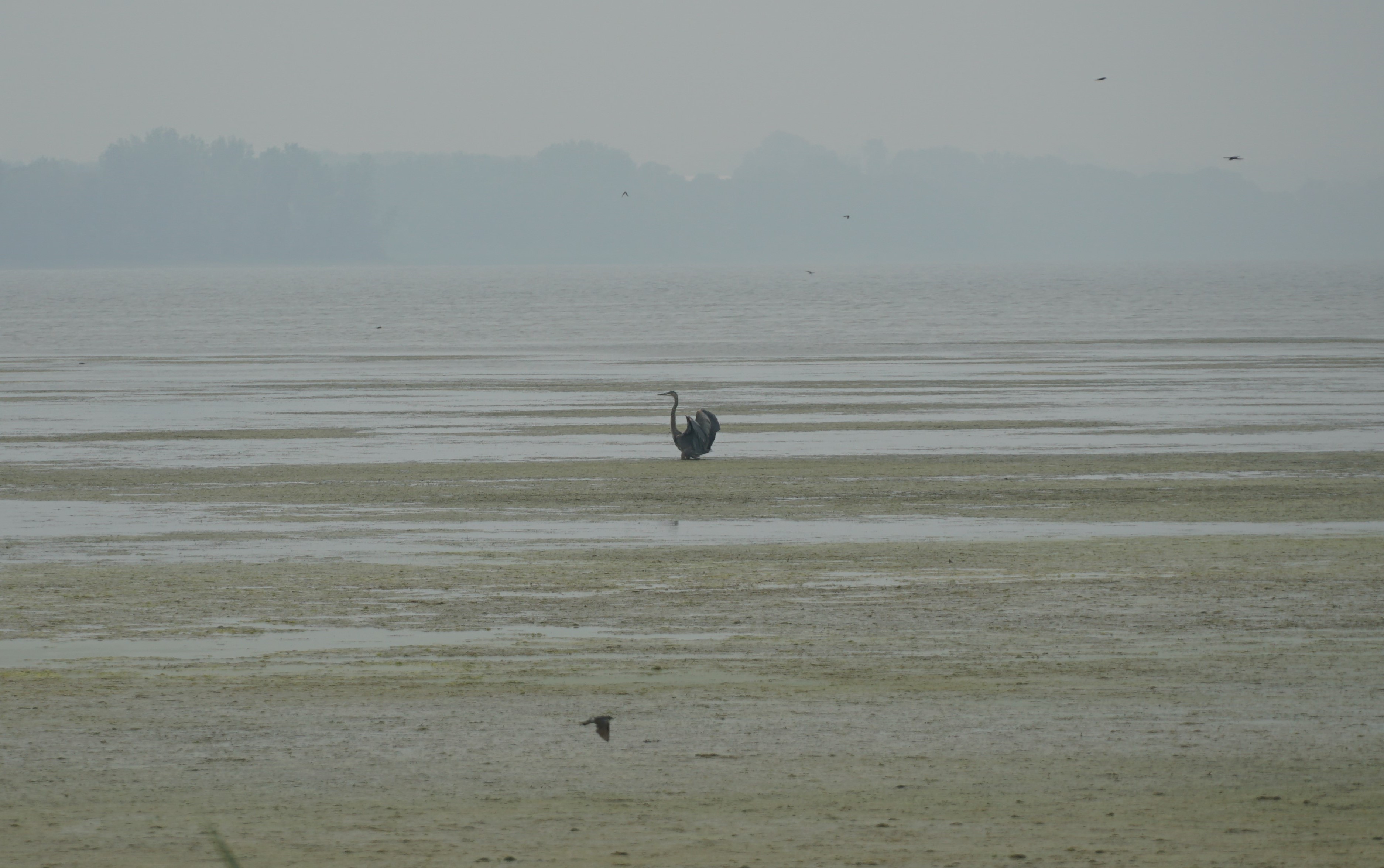 The mission of the HLWD is to protect and improve the
water resources within its boundaries by supporting watershed
residents through the use of education and financial programs.
Learn More About Us 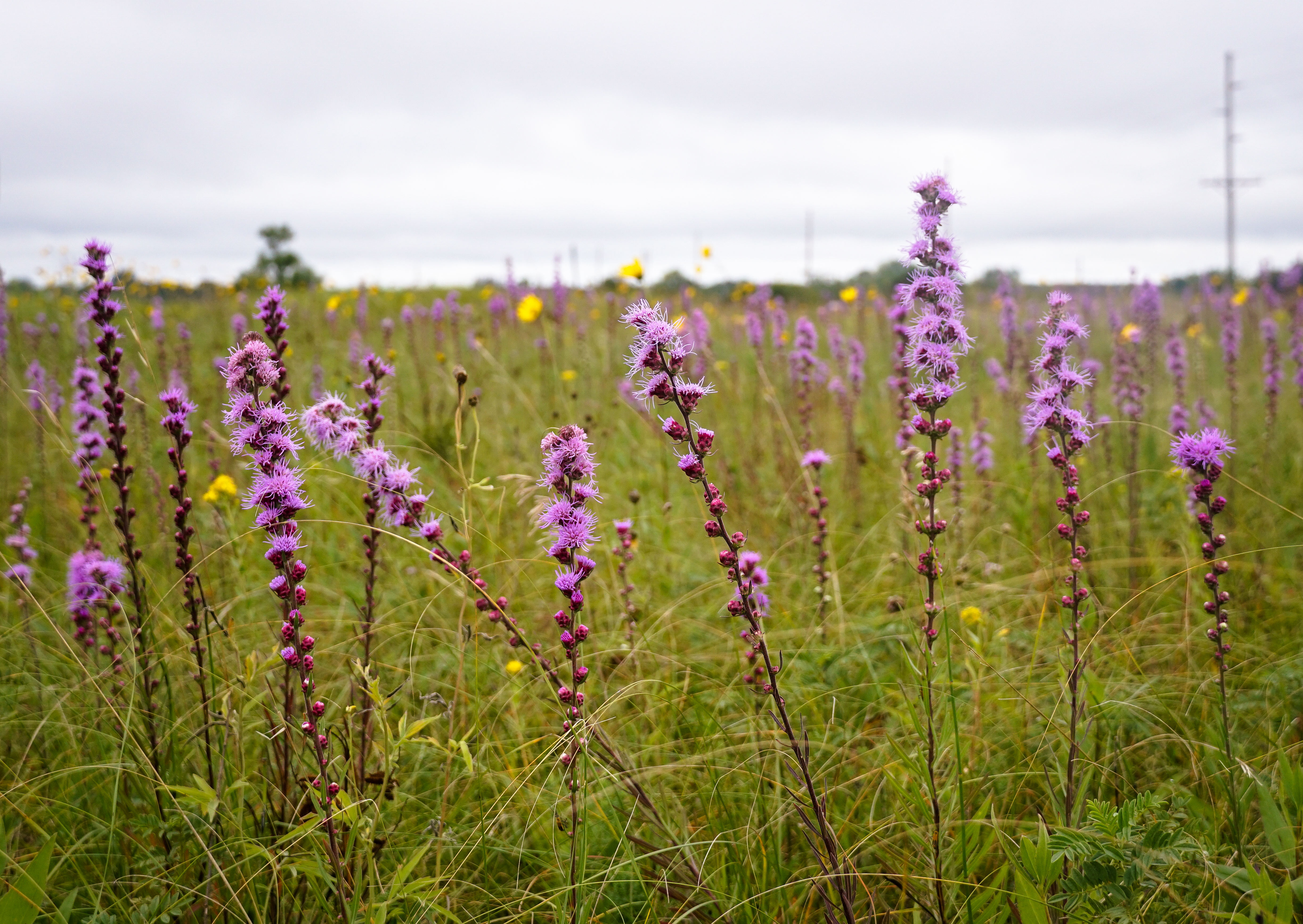 Qualifying landowners can borrow up to
$15,000 for a septic system replacement through our
Heron Lake Phosphorus Reduction Project 3 program.
Learn More

The Heron Lake Watershed District hosted a Conservation Tillage Demonstration Plot Results Workshop that was open to the public. It was held at the United Methodist Church in Heron Lake, Minnesota on March 22, 2012 at 1:00 p.m. There were 33 people in attendance. 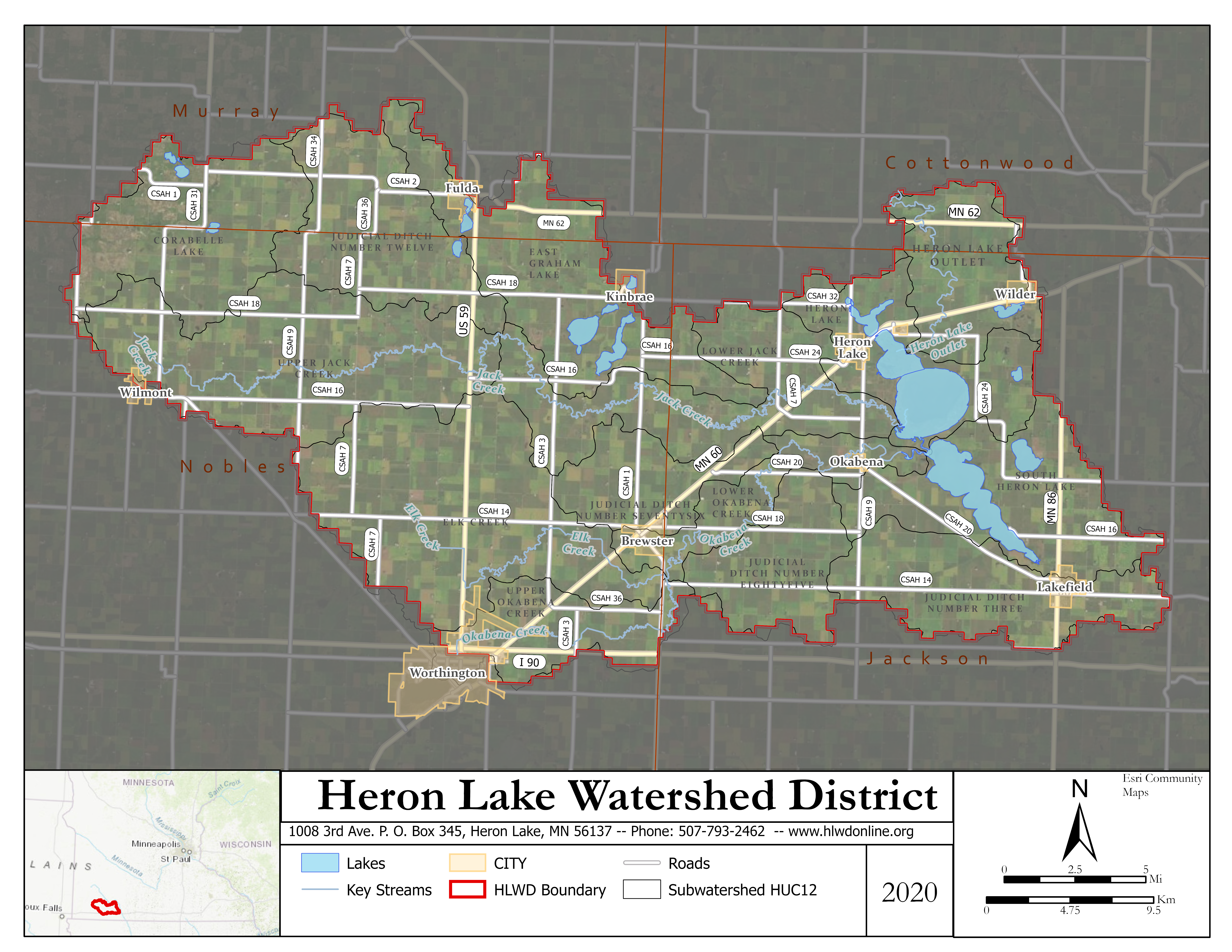 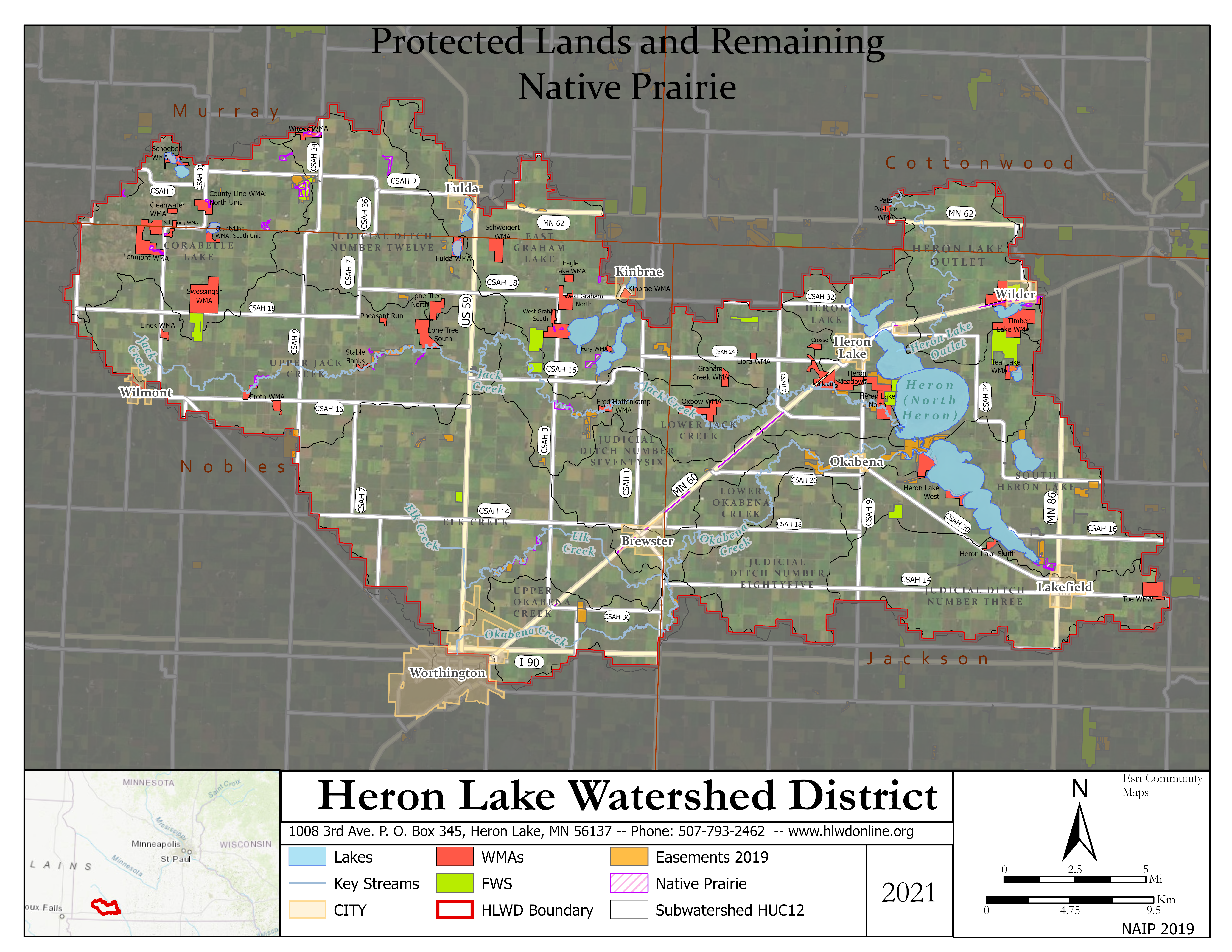 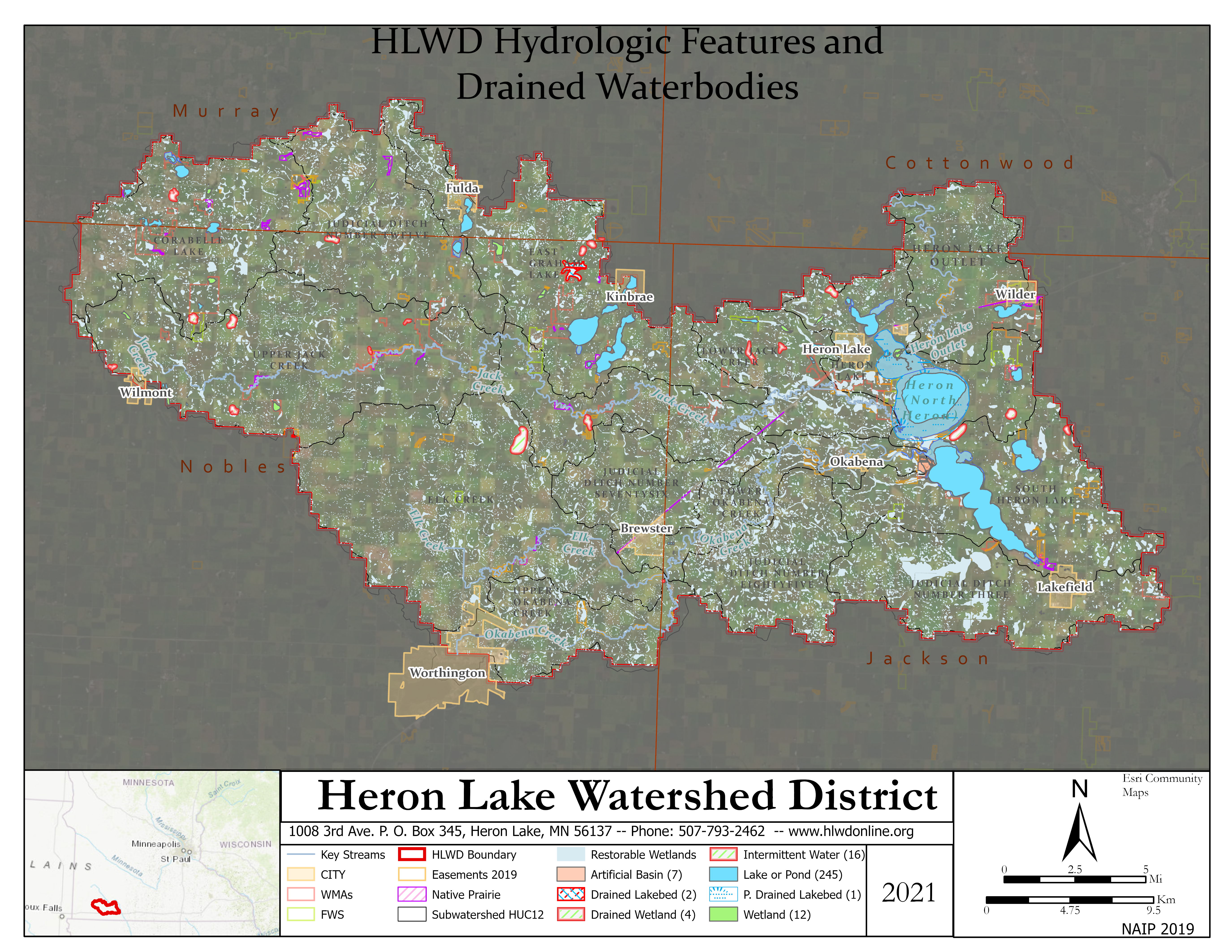 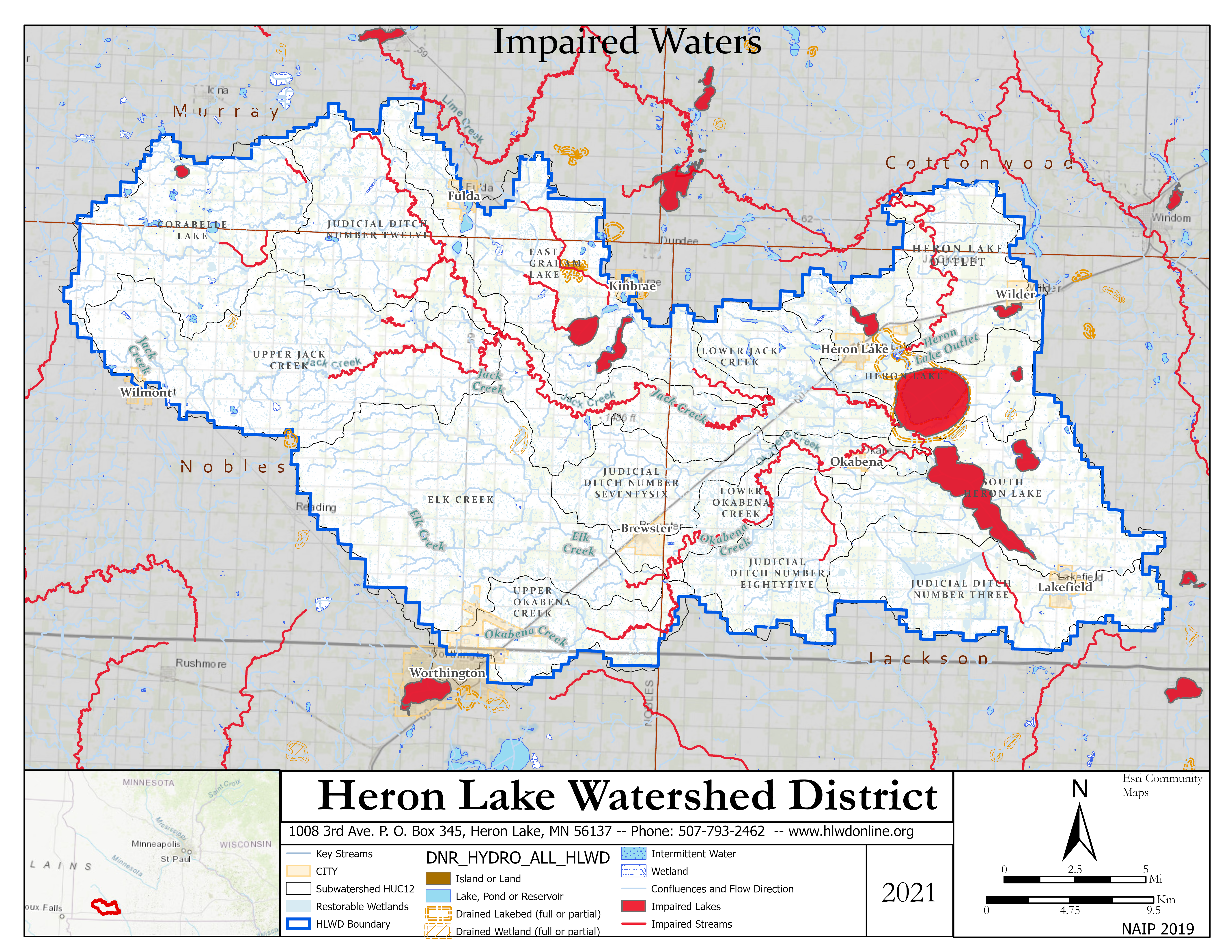 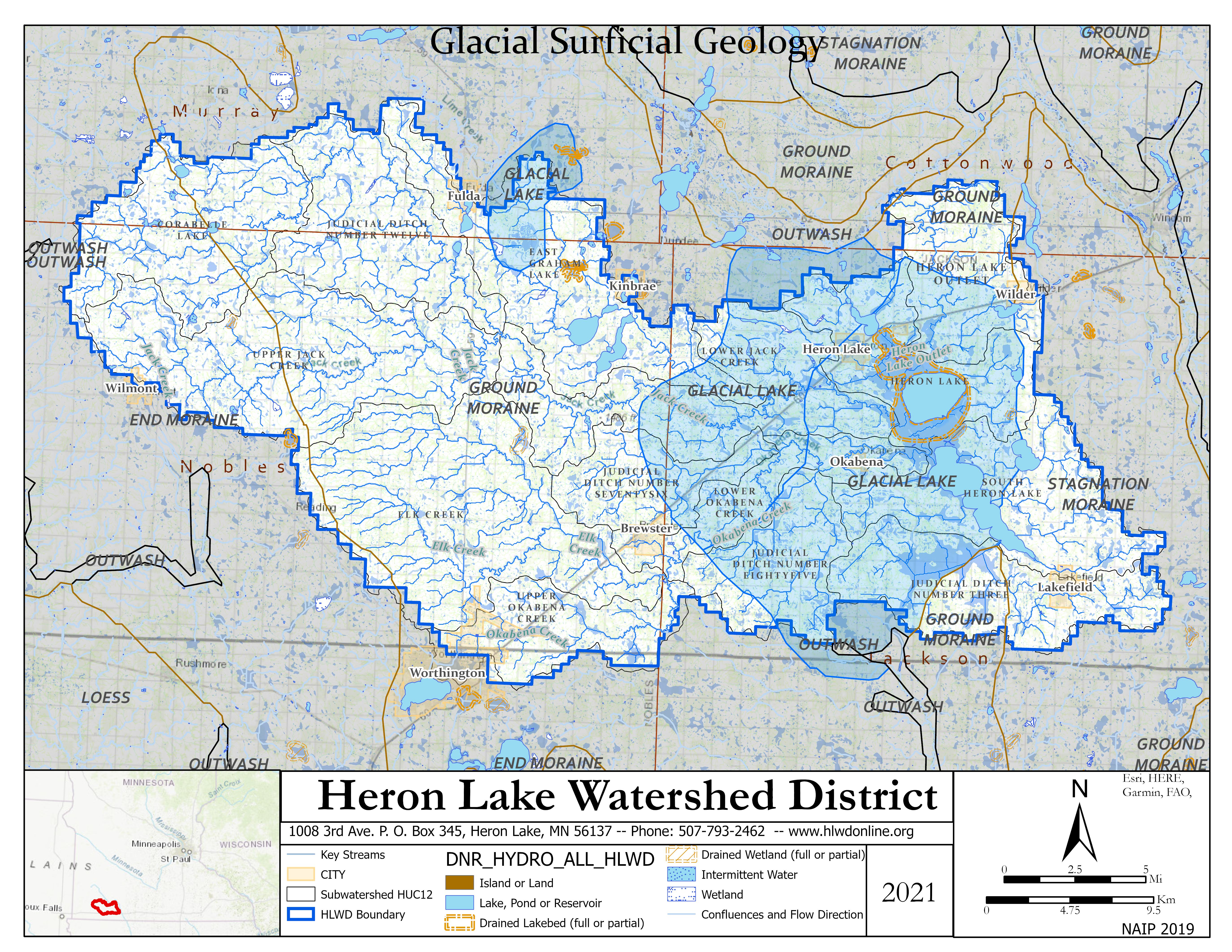 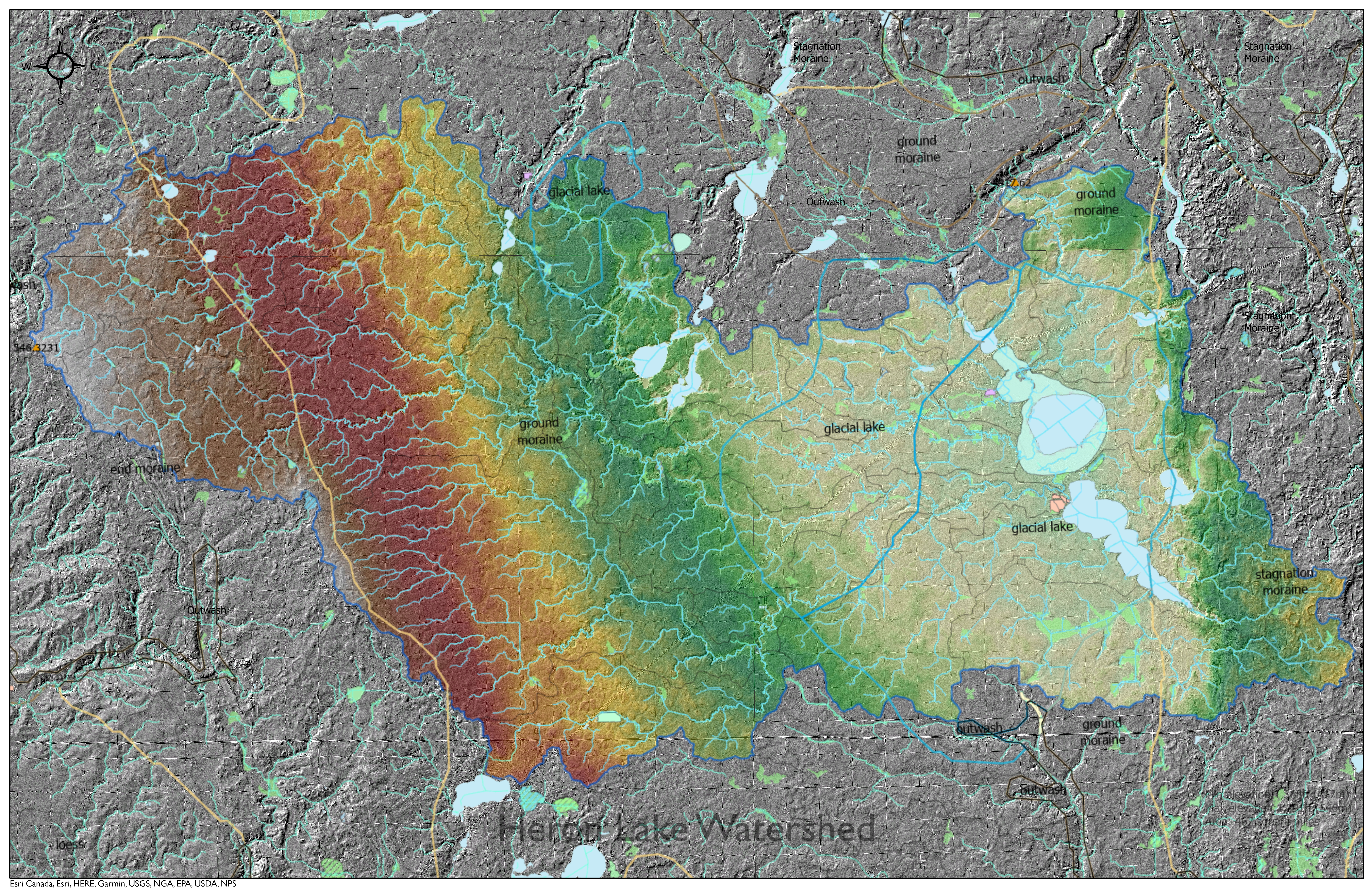 Heron Lake, in Jackson County, is the second largest Minnesota lake south of the Twin Cities, exceeded only by Swan Lake in Nicollet County. Including its four sub-basins, this long, shallow lake stretches about ten miles between Heron Lake and Lakefield, and is fed by a 472-square mile watershed. 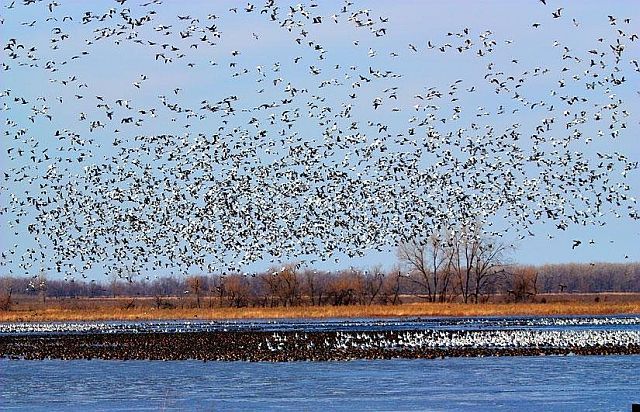 At one time, Heron Lake was  a water bird production and migration area of international significance. The vast beds of wild celery and robust stands of bulrush in Heron Lake, combined with a seemingly endless prairie around the lake, supported an awe-inspiring number of colonial water birds and migratory waterfowl. Observations recorded around the turn of the century report of 700,000 staging canvasbacks, 50,000 nesting Franklin’s gulls, and hundreds of thousands of other birds.

With the movement of settlers to the area, the prairie ecosystem was quickly converted to an intensive row crop landscape. In the Heron Lake watershed, this conversion resulted in the drainage of 95% of the original wetlands, the destruction of 99% of the native prairie, and the loss of many species of native flora and fauna. The wild celery has been replaced by sago pondweed, the bulrush has been replaced by cattail, and the huge flights of migrating canvasbacks and other diving ducks have been mostly replaced by large flocks of mallards and other puddle ducks which use the lake primarily for refuge during migration. For many years, excessive flooding  has submerged nests and further reduced water bird reproduction. 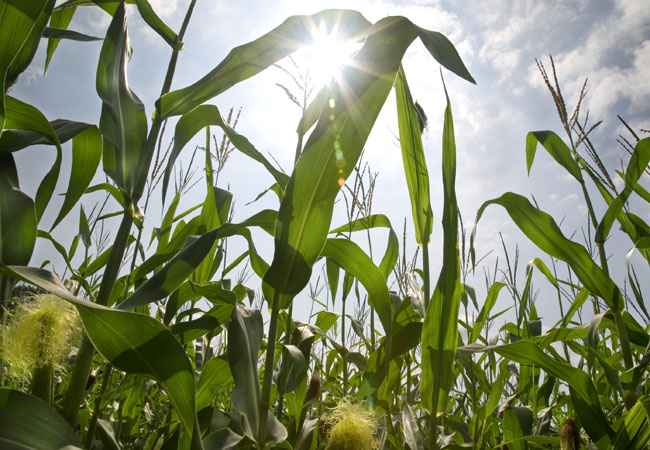 Agriculture was not the only threat to the watershed’s natural resources. As towns within the watershed district grew, so did their contribution to these problems. Industrial and municipal wastewater and stormwater runoff increased. Culverts and bridges were enlarged.

Suspended solids include dirt, plants, and animals that cause water to be cloudy or less transparent. These solids reduce light penetration for submerged plants. They also make it difficult for aquatic animals to breathe. Sources of solids include erosion from construction sites, agricultural fields, stream banks, and other unprotected soils. 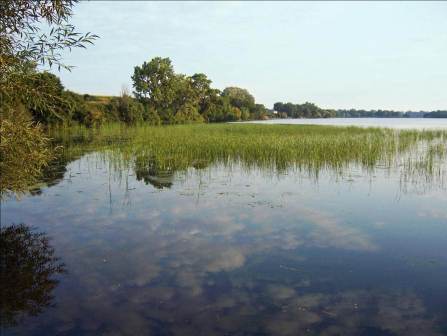 These problems are a direct result of drainage and the resulting higher peak and base flows, urban sources of pollution and storm water runoff, and intensive agricultural land use. All of these contribute to the water quality and quantity degradation in the watershed.